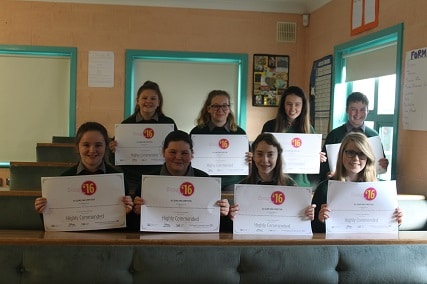 An excited Music department are thrilled to share in the celebrations of the 2nd Year Choral Class who were highly commended in a hotly contested competition “Song for ’16” The gifted group composed their own song “A Hundred Years On” in this all-island schools song competition presented by the National Concert Hall, Disney Music Group and the Department of Education and Skills. This competition forms part of the National Concert Hall’s 2016 Centenary Programme. Schools are invited to write and perform a song celebrating the modern, multi-cultural Ireland of 2016. Well done to all involved.